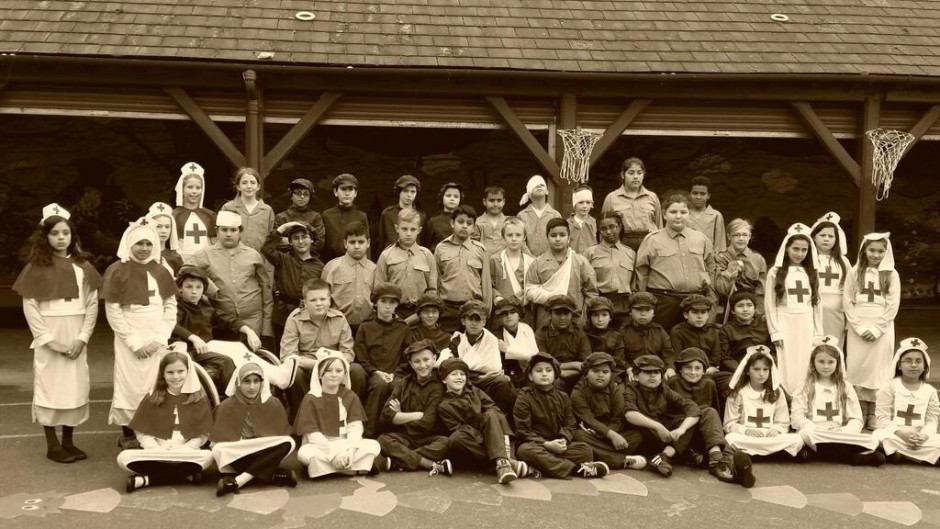 “On Friday 10th July some year 6 pupils were invited to the Reardon Smith Lecture Theatre for the Welsh Heritage Schools Initiative (WHSI) awards ceremony. They had been nominated for the award following the highly successful World War 1 exhibition they had organised in October.

Judges from WHSI visited the school in May to meet the children and learn about the projects. They were so impressed that Albany won 1st prize in the whole of Wales in the Primary Schools category. This is an amazing achievement for the school. The children were presented with a shield and a cheque for the school for £1000 provided by Admiral Group.

The year 6 children have decided to spend some of the money on setting up a new website for ‘Albany Military Hospital‘ that can be run by future year 6 pupils an provide an area to share all of the creative work that the project creates. As a school we think this is a great idea and would like to congratulate year 6 on their success and wish them the best of luck in the next stage of education as they move on to high school.

The children were also invited by the Welsh Heritage Schools  Initiative to participate in their 25th anniversary celebrations and share their project at the Senedd in September. To find out more about the WHSI click here http://www.whsi.org.uk”

Albany Primary will be running their WWI Exhibition on Saturday 17th October (10am – 3pm) as part of Made in Roath 2015.