Soul in the City – new soul night comes to Roath

A new soul night is coming to Roath SOUL IN THE CITY will be kicking off at The Park Cons on City Rd (next door to Milgis) on Friday 12th June. 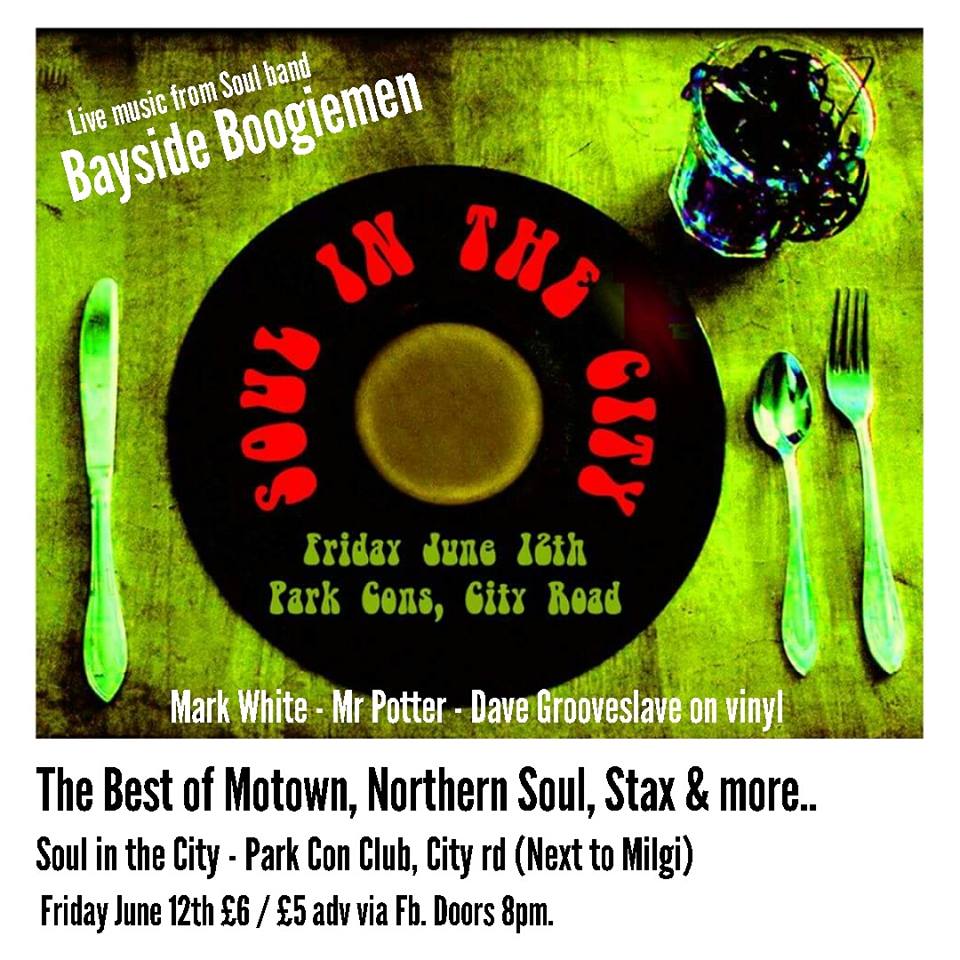 Soul in the City is brought to you be local soul-heads Calum Ross & Jess Shaw. Calum is a soul & blues singer and currently fronts the 60’s soul/pop band ‘Calum Ross & the Scarlets’ and the very recent soul covers band ‘Bayside Boogiemen’, which will feature on the launch night. While Jess, not a musician, she is no stranger to the soul scene, a regular at the very fine Porthcawl & Penarth soul club nights that inspired them to carry the torch down to Roath.

The venue is the Park Cons Club – with a big dance floor, plenty of seating and a long (cheap!) bar. Doors at 8pm with the first DJ on at 8.30, followed by the live band, then more vinyl ’till late.  Entry is £6 otd, or cheaper online via SeeTickets.

Jess notes “We’re running the night not-for- profit – the soul nights around Cardiff are selling out months in advance so we’re really excited to bring some soul into our part of the city!”