A 12 year-old from Roath was invited to meet the Duchess of Cornwall at Clarence House this week, at a reception held to recognise individuals who have been working to improve community spirit in their neighbourhoods through their involvement with The Big Lunch.

Marcus Aitken was selected as one of just eight people from England, Wales, Scotland and Northern Ireland to attend the lunchtime reception, where HRH launched this year’s campaign to encourage people to organise a Big Lunch in their community on Sunday 7th June. 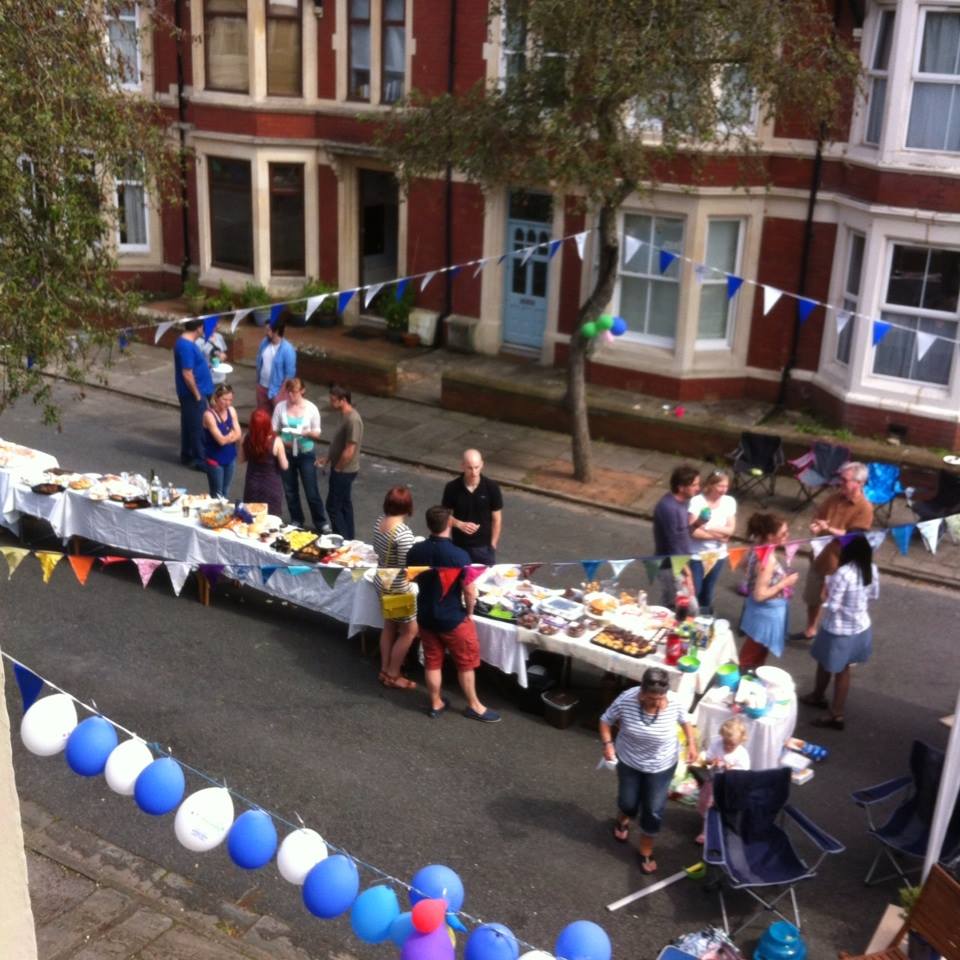 Each of the ambassadors was presented with a commemorative plate to honour their achievements, while Marcus presented the Duchess with a home-made Welsh gift of daffodils and Welsh cakes.

The Big Lunch, now in its seventh year, is an Eden Project initiative aimed at bringing neighbours together to build safer, happier communities. It is funded by the Big Lottery Fund and partnered by Halifax and ASDA. In 2014 a massive 4.83 million people took part, including 120,000 in Wales.

Commenting on The Big Lunch, HRH The Duchess of Cornwall said:

“It seems to have gone from big to enormous. We couldn’t have thought in 2009 when it started it was ever going to take off like this. And obviously talking to everybody here today it’s making a huge difference to people’s lives and getting people talking. And that’s what community is all about so please keep on with the good work and thank you very much for all that you do.”

At just 11 years old, Marcus Aitken hosted a Big Lunch on his street in Roath last year. A pupil at Cardiff High and the youngest ever Big Lunch organiser, Marcus was inspired to put on a Big Lunch after visiting the Eden Project with his mum, Sarah, during a holiday to Cornwall. He organised everything himself, from inviting his neighbours and arranging the food to planning activities for the children who live on the street.

As he explains, he has seen a huge difference in his community since putting on a Big Lunch in 2014 and is encouraging others to do the same this year:

“When we were at the Eden Project I saw a big display about the Big Lunch and everyone in the photos looked so happy. I thought it looked like a really fun thing to do and wanted to put on one for our street.

“I asked my mum to request an organiser’s pack from the website every day until she did it, and then once she’d done it I made her phone to check it was on its way!”

Over fifty people attended Marcus’s Big Lunch in 2014 and everyone brought something to help get the party started, from sandwiches and cakes to a barbecue and gazebo. Sarah called the council to get permission to close the road for the day and Marcus knocked on everyone’s door to ask them to park off the street.

Getting everyone together has had a lasting effect on the sense of community in the area. Sarah said:

“We’d moved in 18 months previously and we’d never had anything like it in the street before. Everyone was so happy and grateful – I don’t think Marcus realised how touched they all were. One of the older ladies even gave him a card with a five pound note inside to say thank you.

“Lots of the families have very young children so they started up a toddlers group after meeting at Marcus’s Big Lunch. Since then we’ve got to know people in the street a lot better and I know there are lots of doors I could knock on if I needed help, which is nice for a single mum. One family even comes in every day to check on our puppy while I’m at work!”

Marcus’s plans for 2015 are already underway and he is thinking about holding a raffle to help pay for some extra things like a bouncy castle:

“This year we’re going to set up the tables right in the middle of the street, rather than just in front of our house, because we know everyone wants to be involved,” he said. “We’re hoping for the same weather as last year. I was so worried because of the rain but it was the first sunny day in weeks!”

Marcus’s dream guest would be Tom Jones but he says he will make do with Tom Jones songs on the stereo. His best memory from last year is drawing ‘Big Lunch 2014’ on the street in chalk and having a photo taken next to it with all his new friends.

Gwion Thorpe, The Big Lunch co-ordinator for Wales, said: “A Big Lunch is the perfect ice breaker and proves that everyone has something to contribute to the community – whether that’s their grandmother’s sponge cake recipe, their crafting skills which allow them to create beautiful bunting and table decorations or just their knack for telling a good story.

“It’s wonderful how the simple act of sharing lunch together on one day a year can start to change, quite profoundly, how people feel as part of their wider community; fostering a greater sense of place and belonging and helping people feel more included, valued and able to contribute to their community.”

Anyone who is thinking of holding a Big Lunch on Sunday 7th June can register online to receive a free pack containing everything you need to get started. To request a pack or for more information visit www.thebiglunch.com