Roath will go to the polls for the General Election on Thursday 7 May 2015.

We’ll be covering everything you need to know about the local issues here in a number of ways – tweet us @roathcardiff and use #roathvotes if you want to join the debate on twitter.

Tweet us your questions for the candidates about issues that reflect Roath issues to @roathcardiff on twitter, on our facebook page or comment below by Thursday 19 March. We’ll pick the six questions that best reflect local concerns and put them to all of the candidates and post their answers here on 31 March when the campaign kicks off.

We’ll give the candidates 140 words to respond to each question – those that reply by the deadline will be featured; any that don’t, won’t.

Many of the candidates standing in Cardiff Central are on twitter. We’ve created a twitter list that you can follow here – and their tweets are also in the list below. The volume of tweets in this stream is entirely dependent on how active each candidate is on twitter – this is a live stream and we don’t control/endorse any content (obvs!)

The Prospective Parliamentary Candidates for Cardiff Central are:

How to vote – the way you register to vote has changed

Up to now, the head of a household has been responsible for registering everyone who lives there.

From now on people will register as individuals instead, using a new system.

Most people who are already registered to vote have been moved on to the new system automatically. So you may not need to do anything. Most people in England and Wales will have had a letter in July or August.

Check the location of your local polling station – your polling card will tell you which you must use. 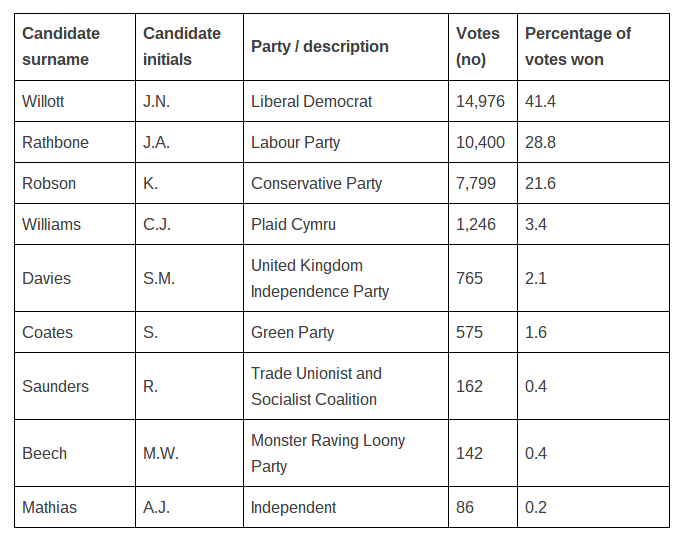 Let us know if there’s anything else you’d like to see and we’ll do our best to cover it.