The Survivalist Series at Cardiff M.A.D.E 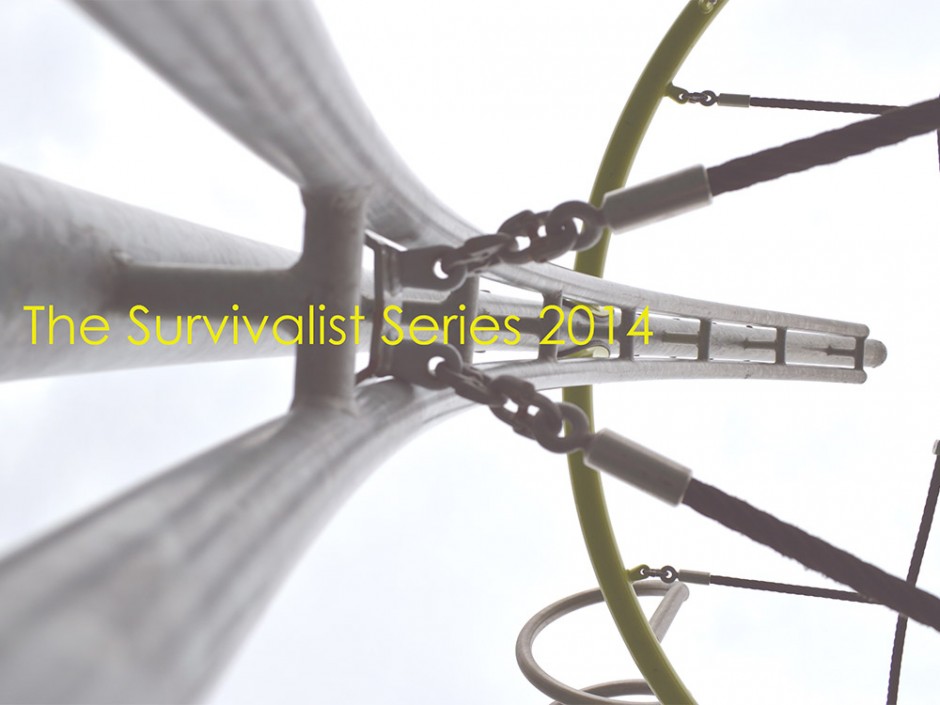 The Survivalist Series at Cardiff M.A.D.E – A 2014 CAAPO Project

We have celebrated our sixth year in existence with a series of 4 new commissions by selected artists invited to explore what the term ‘survival’ might mean.

The inspiration for this project lies in a Wales, UK and Worldwide trend of economic austerity and socio-political unrest. In times of domestic hardship and enforced migration, people become separated into groups. This disparateness creates pockets causing a fragmentation within society: People are united and distinguished by their similarities. On these grounds, the battle for survival is fought.

Through her practice Ania Bas creates situations that support dialogue and exchange and question existing frameworks of participation. She is interested in the ways that narratives shape understanding, mythology and knowledge of places and people. Bas’s works take forms of text, events, walks, performances, useful object and publications. She is co-founder of The Walking Reading Group on Participation and was an Open School East associate in 2013/2014. She has worked with a number of galleries including Tate, Whitechapel Gallery, South London Gallery and The New Art Gallery Walsall.
http://aniabas.blogspot.co.uk

CAAPO
CAAPO is a collaborative art practice. We are an artist – not a collective. CAAPO combine a unique blend of functional sculpture and built-structures with a socially-engaged public intervention practice. The results are distinct. Our aim: To break down existing barriers that cause a marginalisation of fine art practice within wider society. Our Method: Create interventions that embrace public interaction outside of the arts institution. We work largely without the label of art: We make working parts: We engage people in dialogue through action: We promote an aesthetic of mutational engineering. In 2013/14, CAAPO have worked with a range of UK and European partners; enabling us to create a programme of public interventions, gallery artworks and community residencies.
www.creativeassault.org

Pablo Perezzarate
Pablo Perezzarate is an audio-visual artist of dual Mexican and British nationalities. His work is multidisciplinary and focused around digital media and Live Art performance. Under the name “Panther Panther!” he creates immersive installations such as “Transported Futures”, commissioned by Leftcoast earlier this year, or socially engaged projects such as “The Drawing Shed Soundwalks” commissioned by Walthamstow Council in 2014. Other works include the Arts Council funded “Beyond Boundary Road” or the anti-war video “I Love You” which was banned by YouTube after 6000 views in 2007. He has performed in venues such as the ICA, London and Arnolfini, Bristol amongst many others.
http://pantherpantherav.tumblr.com

Rich White
Rich White makes installation works about location, sense of place and the relationships that develop between people and their environment. He was born in Nottingham in 1976, and graduated with a BA(Hons) in Sculpture from the University of Gloucestershire in 1998. Since then he has exhibited regularly across the UK and Europe. He is a member of the Royal Society of British Sculptors and a Spike Island Associate. He currently lives and works in Bristol.
http://counterwork.co.uk