It’s that time of year again: the South Wales Postcard Club is holding its autumn Postcard Fair in Roath. This is an excellent opportunity for collectors in South Wales and the M4 corridor to find more material in their various collecting fields.

The fair takes place on Saturday 18th October at Penylan Community Centre. More than 20 dealers selling thousands of cards on a multitude of subjects (including local history) will be attending the fair, which is open 10:00am – 3:30pm, admission £1.

In this year when we commemorate the beginning of the First World War, it is worth remembering that postcard dealers are a good source of WW1 memorabilia. For example the attached postcards of naval officers, which have a particular relevance to residents of Beatty Avenue, Jellicoe Gardens, and Tyrwhitt Crescent, because –

Jellicoe Gardens is named after Sir John R Jellicoe who commanded the Grand Fleet at the battle of Jutland in 1916, later becoming First Sea Lord, but only for a year – in 1917 he was sacked by Lloyd George.

Beatty Avenue is named after Sir David Beatty who led the First Battle cruiser Squadron at the battles of Heligoland Bight, Dogger Bank and Jutland. Beatty succeeded Jellicoe as commander-in-chief of the Grand Fleet, in 1916.

Finally Tyrwhitt Crescent is named after Commodore Reginald Tyrwhitt who commanded the Harwich Force during WW1. His leadership was highly regarded and in 1914 he led his ships at the battle of Heligoland Bight and in the Cuxhaven Raid. 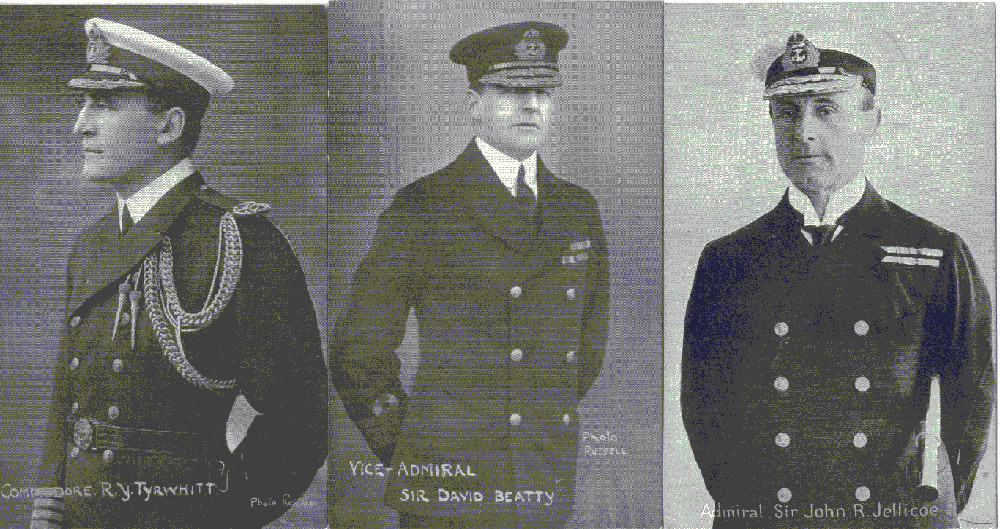