Told in the Huts – YMCAs in the Great War 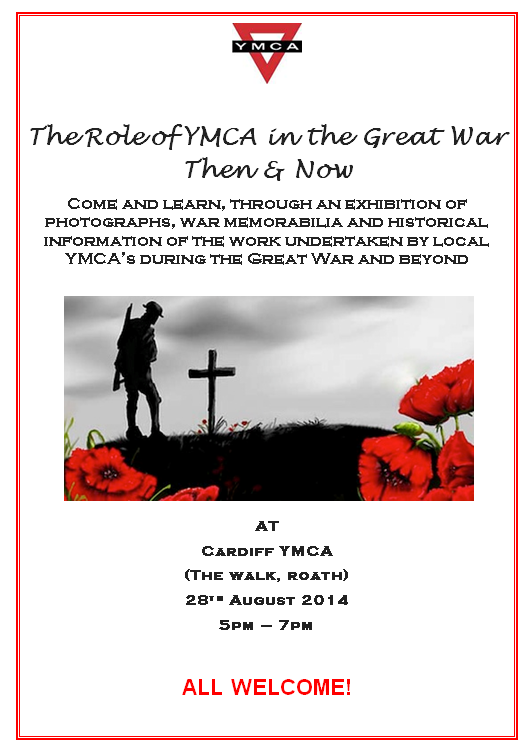 On Thursday, for one night only, the touring exhibition ‘Told in the Huts – the story of the YMCA in the Great War‘ will be open at Cardiff YMCA from 5pm – 7pm. The title is taken from a book published in 1916 ‘Told in the huts – the YMCA Gift Book’ containing contributions from ‘soldiers and war workers’.

Featuring letters, photographs and other materials from YMCAs all over South Wales, collected over the past year, the free exhibition will explain how YMCAs played an important role during the First World War. Cardiff YMCA was one of the first cities to have a purpose built hostel in 1912, and many were used as military hospitals (as was local school Albany Primary). Money was raised to build thousands of huts to give respite to service men and women; and they provided welfare in the UK and on the frontline – including in the trenches – to service personnel and those on the home front.

Organised and curated by Mandy Caddy at Cardiff YMCA, assisted by Rachel Simons, the exhibition was launched at Barry YMCA, in conjunction with Barry at War, and will travel on to Swansea and Neath. Cardiff YMCA anticipate that it will also be displayed at the Senedd as part of Wales’s First World War Centenary commemorations. 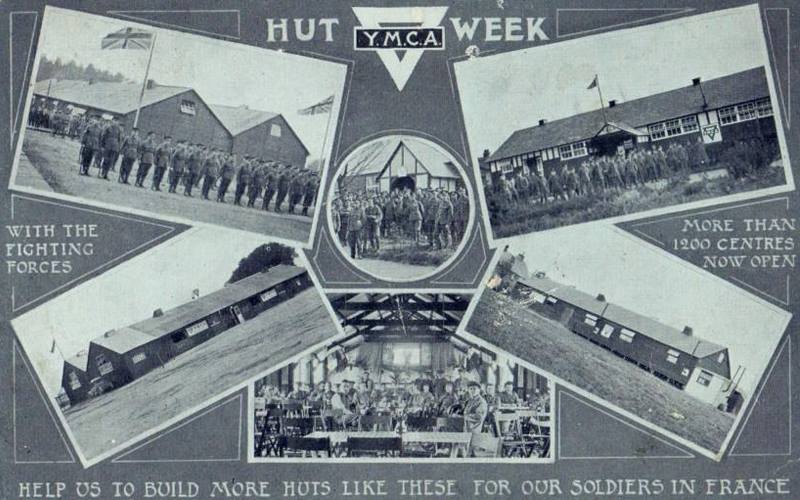 Staff from Cardiff YMCA’s Design For Life resource centre and some of the residents have also assisted with the decoration and refreshments for the exhibition, which includes a scaled reconstruction of a YMCA trench scene, a YMCA War Worker Mannequin, and the information and objects collected from YMCAs in South Wales will also be on display.

Expect to find the staff in First World War costume, giving out cups of tea and Great British refreshments while you enjoy the exhibition.

This is a unique opportunity to discover some hidden First World War history right on our doorsteps, and is well worth a visit.

This project is supported by the Heritage Lottery Fund.