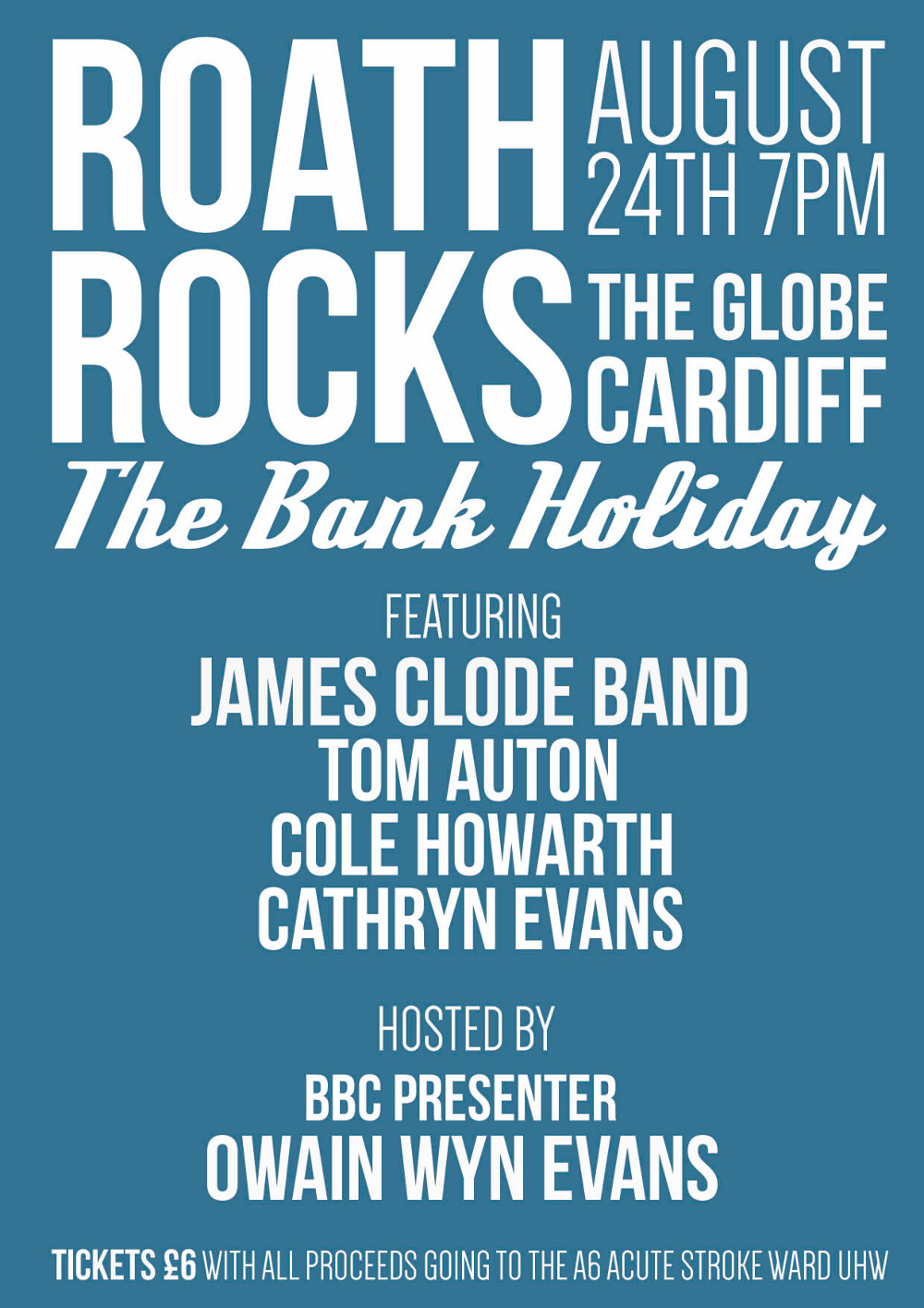 Roath Rocks returns this Bank Holiday weekend, hosted this year at The Globe, Albany Road. Organiser Wayne Courtney has again arranged an impressive line up and the gig is sure to be a great night out, as well being a fantastic charity fundraiser.

This special gig is hosted by BBC Weather Presenter Owain Wyn Evans and the night’s line up includes some of the best musical and comedy acts in South Wales today.

The night is headlined by the amazing James Clode Band with support from Tom Auton and Cathryn Evans. There will be a special guest appearance by Celebrity Big Brother’s Lauren Harries and also comedy from Col Howarth.

All proceeds from this special event will go to A6 Acute Stroke UHW Cardiff.

Tickets are £6 from The Globe box office, and the show starts at 7pm.