The South Wales Postcard Club was established in 1990. Based in Cardiff, it has members from quite a wide geographical area from Swansea in the west to Aberdare in the north.

For the last twenty years, as a way of publicising the hobby, it has organised a Postcard Fair which takes place twice a year. This is an excellent opportunity for collectors in South Wales and the M4 corridor to find more material in their various collecting fields.

The next fair takes place on 12th April, at Penylan Community Centre. There will be more than 20 dealers there selling thousands of cards on a multitude of subjects (including local history). 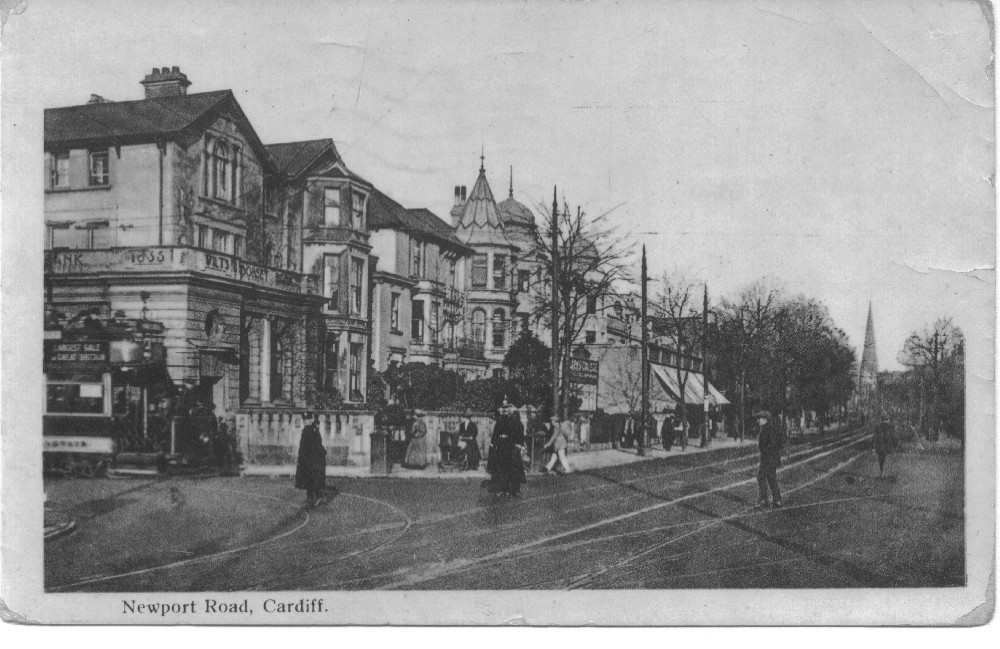 The Bank was extremely quick to establish a branch network, opening 24 new offices within its first year, with Salisbury becoming its head office. Wilts & Dorset also inherited branches by taking over private banks in the area. Lloyds Bank took over Wilts & Dorset in 1914. By this point, the latter had absorbed 10 private banks, and had a network of 100 branches that stretched from Gloucestershire to Dorset. This was Lloyds’ largest takeover to-date.

Whether this branch in Cardiff was a new branch or a takeover I don’t know – it will require further research, which is the fascination some people have with collecting postcards – you never know what you will find next!!

Image from the postcard collection of Richard Philips

« Owain Wyn Evans on the weather, Roath and the Bake Off
Made in Spring 2014 »