Roath Cardiff > Posts > Arts & Culture > Act One present: The Taming of the Shrew

Act One present: The Taming of the Shrew 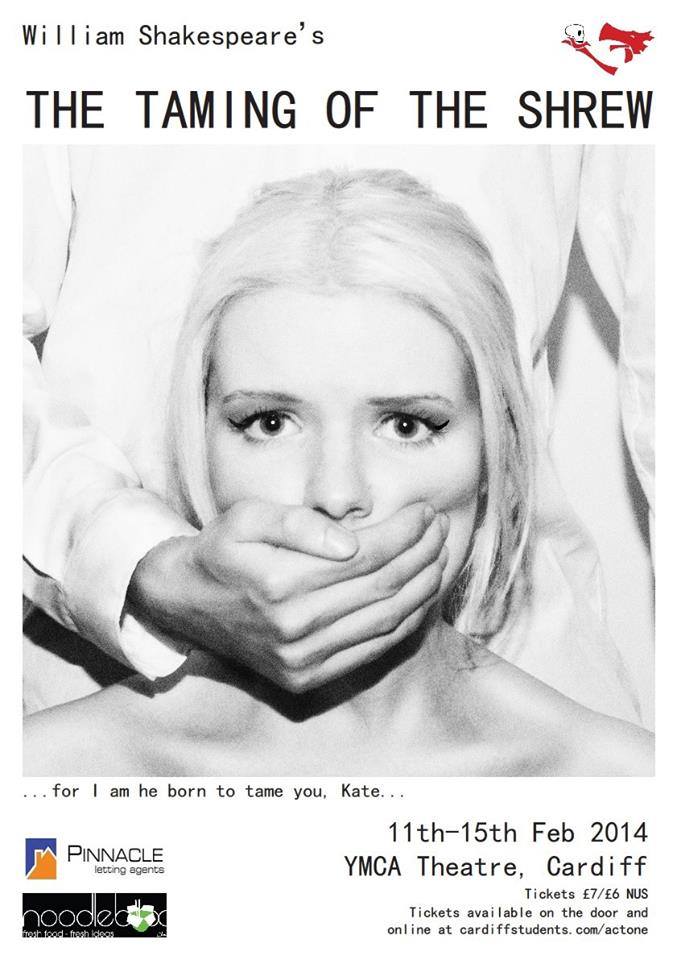 Act One, Cardiff University’s drama society, is bringing a little Shakespeare to Roath this February with a unique interpretation of The Taming of the Shrew. From 11th to 15th February, this 1960s office adaptation of the classic will feature at the YMCA theatre.

Pitched by director Sophie Hayden as “Mad Men meets Shakespeare,” Act One depicts a corporate world where men make the rules and women struggle to fit in at all.

The play follows the love lives of employees at Padua Ltd as Bianca, the much sought after daughter of CEO Baptista Minola, is fought over by a hoard of suitors.

Ambitious Lucentio catches Bianca’s eye but their marriage is forbidden until her vile tempered sister Katherina is wed. This proves tough as her wicked tongue repels any potential husbands.

Travelling salesman Petruchio arrives and, with his vulgar wit, finally overcomes the wilful Katherina. She is pushed into marrying him and the relationship descends into a battle of the sexes. Petruchio’s cruel taunts and pranks break down her fiery resolve, culminating in a disturbing ending, problematic to modern audiences.

This talented cast presents an array of farcical characters, creating a highly entertaining and amusing story but with a sinister undercurrent, which will both move and disturb the viewer.

Tickets are available on the door or from our website. Adults: £7, Students: £6. The performance starts at 7pm.