Mackintosh Lawn Tennis Club’s men are team of the year

Local tennis club Mackintosh Lawn Tennis Club were awarded Men’s Team of the Year at the annual Tennis Wales Awards at a ceremony hosted by TV presenter Arfon Haines Davies at the Royal Welsh College of Music and Drama on 18th January. The Awards recognise people and organisations who have contributed most to the sport during the past year. 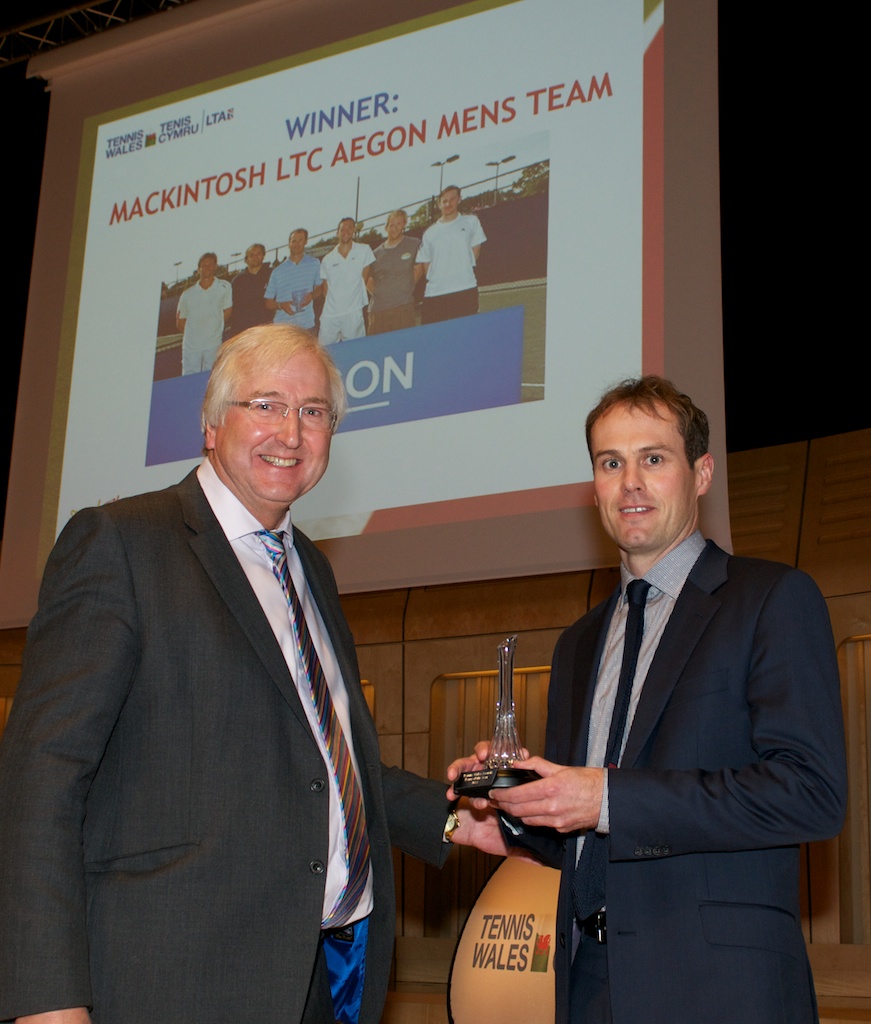 “The awards recognise our most talented people, and those who make it possible for thousands to enjoy tennis in Wales every week.”

“Despite some setbacks that were beyond our control, we have continued to increase our membership throughout Wales, and the numbers of young people playing the game, thanks to a big investment in schools,” he added. “We now have an impressive army of coaches and volunteers who make tennis accessible in a range of formats at venues in the heart of our communities.”

Here’s how the award was announced by  Arfon Haines:

“Mackintosh LTC had an outstanding year in the AEGON Team Tennis National Open competition. The team finished top of the Midlands Division winning all of their matches without dropping a rubber!!

The team progressed onto the National Open Finals held at the West Hants Club in Bournemouth, with the top 8 teams from around the country battling it out to become National Open Champions 2013. In the Quarter-Finals Mackintosh LTC came up against Virgin Active Surrey & progressed to the Semi Finals after winning in a tie-break shootout. In the Semi-Finals Mackintosh had to play Number 1 seeds David Lloyd Raynes Park who had won the event in 2012. Once again the match went all the way to a tie-break shootout after finishing 6 rubbers a piece, with the players from Mackintosh showing tremendous fighting qualities to upset the number 1 seeds and progress to the final.

In the final, Mackintosh were up against Sutton Tennis & Squash Club. Amazingly, this match also went to a tie-break shoot-out after finishing 6 rubbers all. Unfortunately, it wasn’t to be for Mackintosh LTC agonisingly losing the final tie-break 10-5 and finishing the eventual runners-up.

Nevertheless, this was a fantastic effort from Mackintosh LTC and a fantastic advert for Welsh Tennis. The players are all determined to come back and win this event in 2014.” 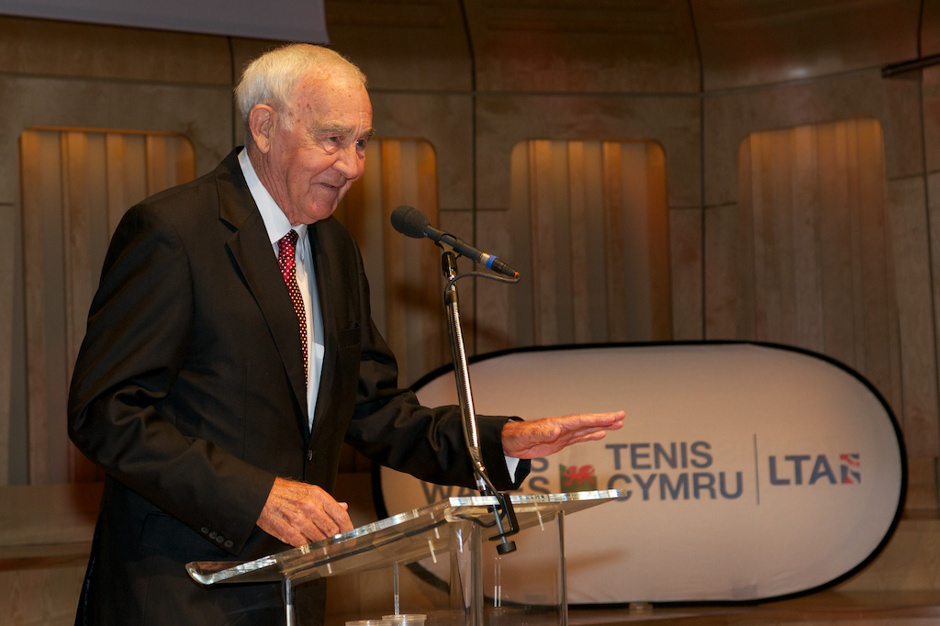 Welshman and former Davis Cup Team member Mike Davies, pictured right, was also given an award for services to tennis, having changed the face of he game by (amongst other things) introducing coloured balls, coloured clothing, time limits between points and rests between odd games.

Congratulations to the team and the club, and we wish them the best for 2014.