Thanks to Suzanne Carter of Sherman Theatre for sharing details of their spring season programme. 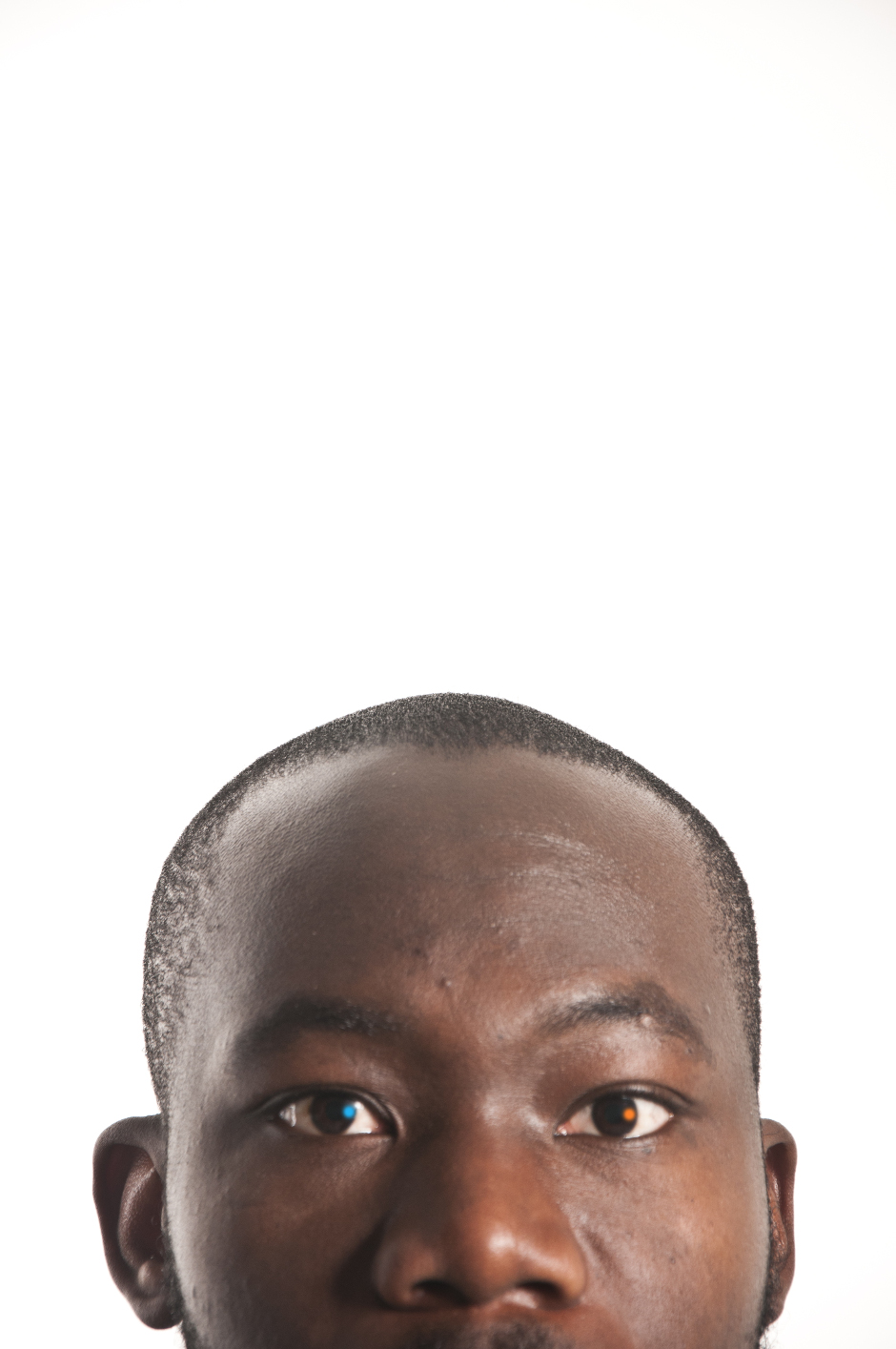 Julia Thomas’s new company Canoe Theatre is producing Blue/ Orange at Sherman Theatre from 21st-23rd January, a play originally created by Joe Penhall for the National Theatre. This contemporary dark comedy follows the story of Christopher (played by Royal Welsh College of Music and Drama student, Simon Mokhele) who has been diagnosed with Borderline Personality Disorder. He is due to be released back in to the community but with a failing NHS, two doctors come head to head to decide on the fate of a young man who could well be the illegitimate son of an African dictator.

A darkly funny contemporary drama that throws race, mental health, and institutional politics into the melting pot with startling and surprising consequences.

As well as more contemporary work, two theatre companies will be producing Shakespeare but not as you know it. The Orchard Theatre presents Tim Crouch’s I, Peaseblossom / I, Caliban from 4th – 7th March. Tim Crouch’s unique interpretations of Shakespeare’s classic plays A Midsummer’s Night Dream and The Tempest re-tells these famous stories from the fresh and sometimes startling perspectives of characters usually consigned to the sidelines. Performed by Cardiff based actor, Jimmy Whiteaker the play mixes contemporary language with many excerpts from the original text, this is Shakespeare as you’ve never seen it before. I, Peaseblossom is the story of A Midsummer Night’s Dream as re-lived through the fevered nightmares of Shakespeare’s most neglected fairy. Funny and heartbreaking in equal measure. I, Caliban is a sweet and sorry tale of injustice, inebriation and missing your mum, as told by Caliban, a puppyheaded monster alone on Prospero’s island at the end of The Tempest.

Filter Theatre in association with the Royal Shakespeare Company has an explosive take on Twelfth Night on 1st and 2nd April. This story of romance, satire and mistaken identity is crafted into one of the most exciting and accessible Shakespeare productions of recent years. Experience the madness of love in this heady world where riotous gig meets Shakespeare. 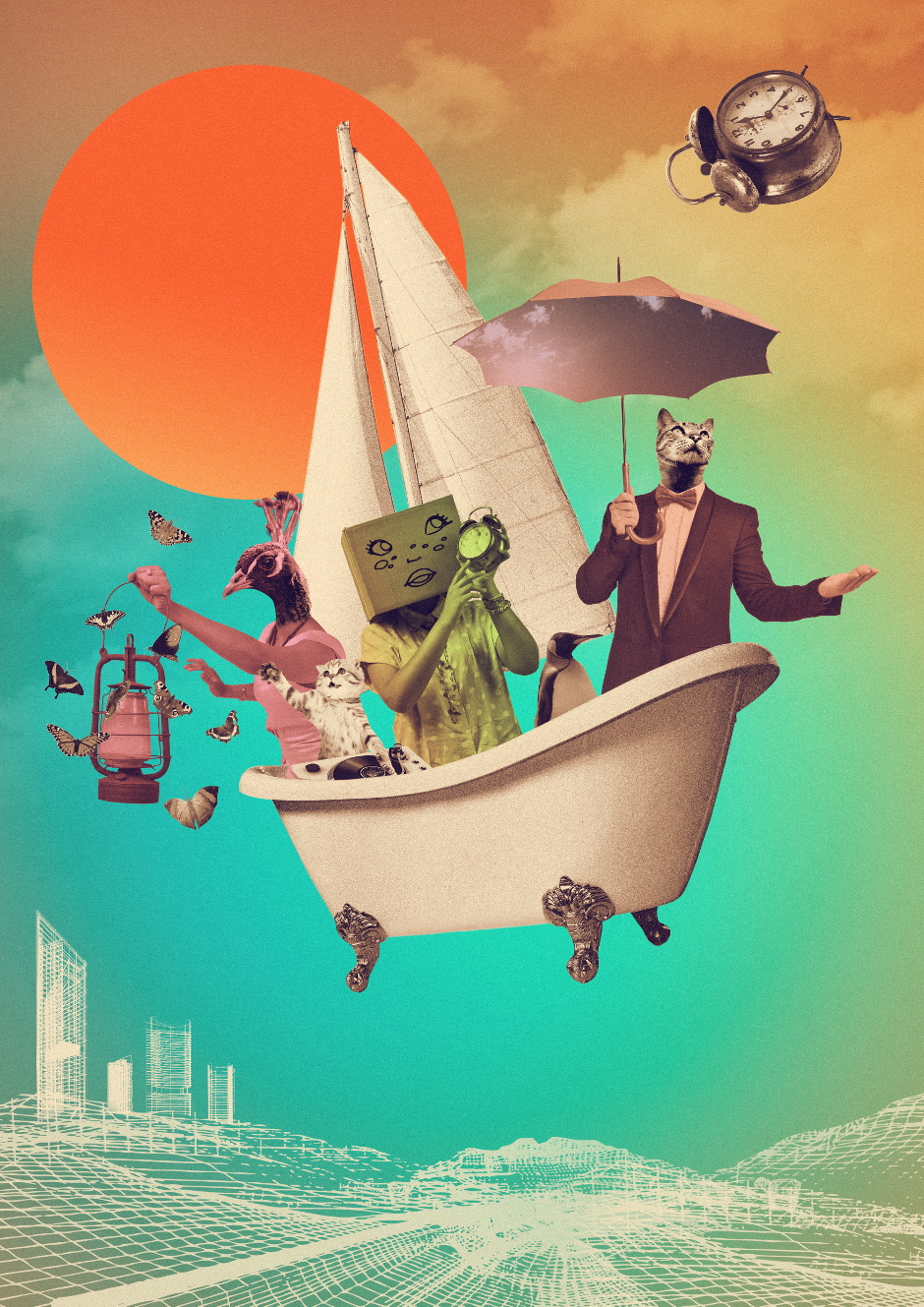 As well as classic stories re-told, Sherman Theatre is thrilled to have some exciting new productions in both Welsh and English. Welsh playwright Dafydd James (My Name is Sue, Llwyth) returns to the theatre with Heritage on 28th and 29th March and which will be performed again as part of the National Theatre Connections Festival on 4th and 5th April. Each year the National Theatre invites ten writers to create new plays for young people to perform. This spring 220 youth theatre companies will present the premieres of these plays in venues from Scotland to Cornwall and Northern Ireland to Norfolk. Ten companies from across the UK will go on to perform at the National Theatre. Connections celebrates great new writing for the stage – and the energy, commitment and talent of young theatre-makers. The Sherman is delighted to host to host the only National Theatre Connections Festival in Wales.
As well as writing work in English, Dafydd has also written a Welsh dark comedy for Sherman Cymru and the Royal Welsh College of Music and Drama. Fe Ddaw’r Byd I Ben (The World Will End) will be at Sherman Theatre from 11th–15th February and will feature the Welsh language trainee actors from the Richard Burton Theatre Company of Royal Welsh College of Music and Drama under the direction of Sherman Cymru’s Associate Director, Mared Swain (Sherman Cymru’s Corina Pavlova and the Lion’s Roar/ Corina Pavlova’s a’r Llew Sy’n Rhuo, Trwy’r Ddinas Hon, Cynnau Tan and Dirty Protest’s After the End).

Following the success of Theatr Genedlaethol Cymu’s production of Blodeuwedd at Tomen y Mur, near Trawsfynydd in 2013, there’s another chance to see Saunders Lewis’ much revered interpretation of the old Welsh folk tale at Sherman on 19th and 20th February. 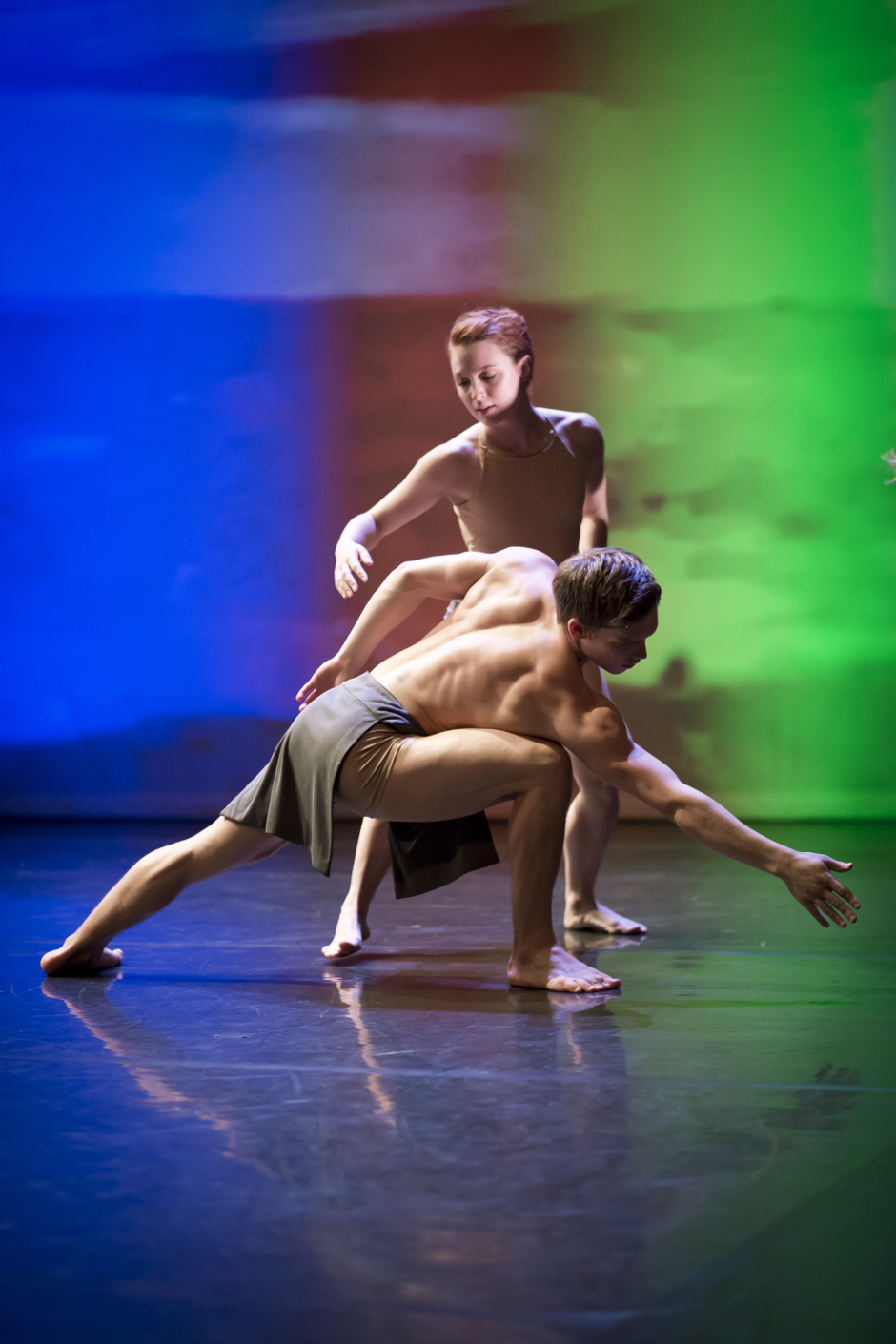 Sherman Theatre is thrilled to be having to have the pioneer of hip hop theatre Jonzi D on 28th January. Sadler’s Wells and Jonzi D presents an evening of live music, poetry, movement, politics and wit. The best known advocate of hip hop theatre in the UK and Artistic Director of Breakin Convention, Jonzi D presents a triple bill, including a return of his acclaimed solo work The Letter, after its explosive debut last year. The Letter explores the responses to Jonzi being offered an MBE, using Jonzi’s own brand of choreopoetry to look at this sensitive subject matter through the eyes of an animated cast of characters.

Dance Touring Partnership will be touring Fabulous Beast Dance Theatre’s The Rite of Spring and Petrushka on 8th and 9th April. Performed by an international cast of 14, both works are theatrical interpretations of the original Stravinsky music that created such outrage and excitement in the early 20th century. The two halves of Michael Keegan-Dolan’s thrilling dance theatre double bill are a contrast in light and dark. The imagery in The Rite of Spring is dark, shocking, violent and sexual. The rhythmic elements of the music are played out in scenes of a pagan fertility rite, as age is sacrificed and mother earth is worshipped. By contrast Petrushka is white and bright and light. Elements of folk dances and warmer days are conjured as couples dance for approval from their ancestors. An echo of Petrushka the puppet is there too! This performance is suitable for an older audience of 16+ due to the sexual imagery and scenes of nudity. 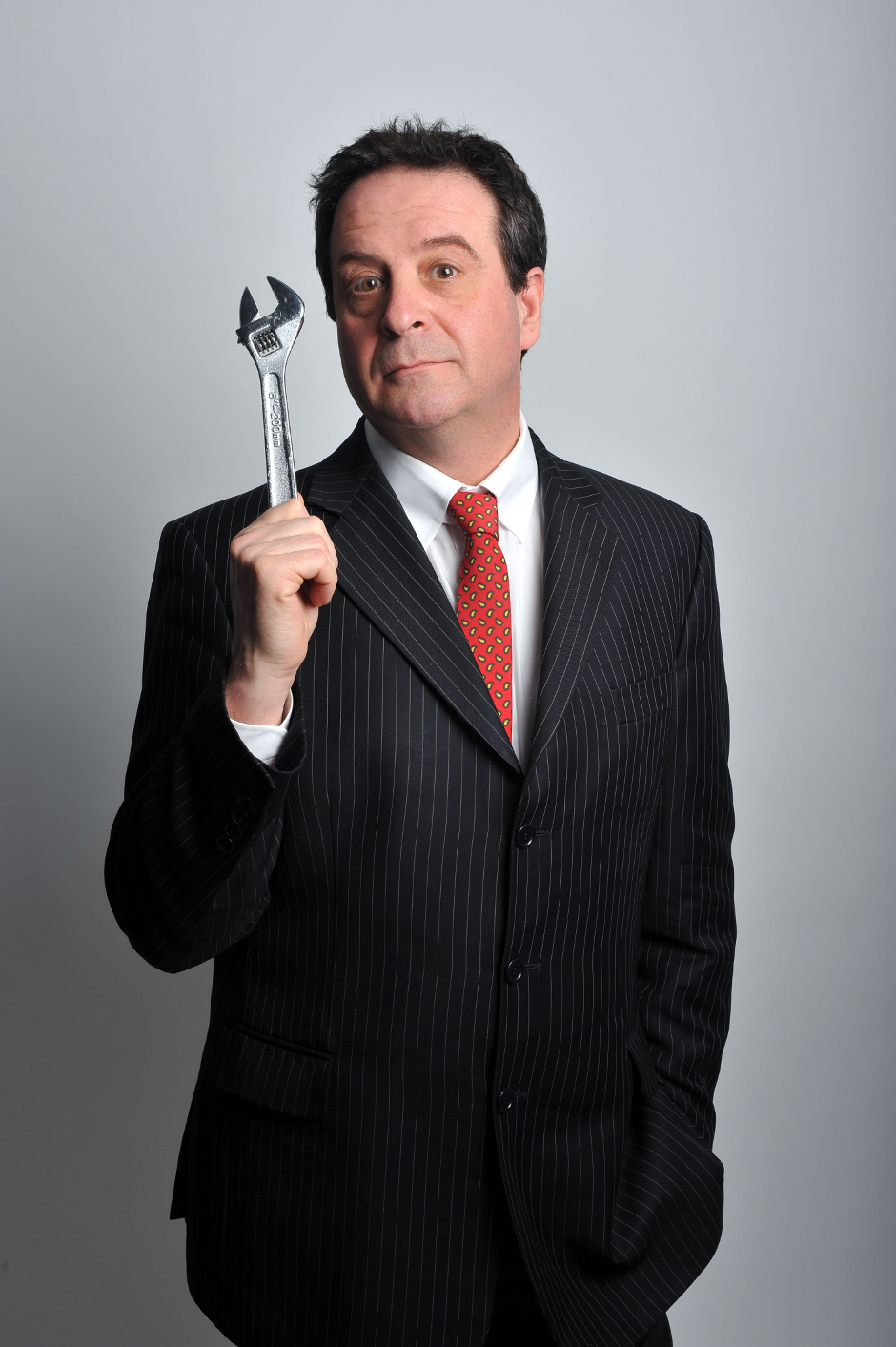 Comedian Mark Thomas returns to Sherman on 19th March with his 100 Acts of Minor Dissent. Mark Thomas is well versed in the art of creative mayhem and over the years his troublemaking has changed laws, cost companies millions and annoyed those who most deserved to be. Now he returns to what he does best, mischief: joyously bad behaviour with a purpose.

Sherman Theatre has produced and hosted some acclaimed theatre for young people and the very young over the last 18 months. For the Easter Half Holidays the award-winning Unicorn Theatre presents Not Now Bernard at Sherman from 15th-19th April which is ideal for ages 2+. Loved by children, adults and monsters for over thirty years, David McKee’s iconic picture-book will be vividly brought to life on the Sherman Theatre stage.

For slightly older children aged 7+ (and adults) the unique Maudie’s Rooms returns at Easter from 11th-26th April at its site specific home at the top of Bute Street near Mermaid Quay. This Roar Ensemble co-production with Sherman Cymru sees Louise Osborn’s (Sherman Cymru’s Cinders, Plum and me Will) creation come to life once again where family audiences can follow a sumptuously visual promenade through Maudie’s home, meeting extraordinary characters along the way and interacting with all the sights, sounds and scents from this amazing adventure.

« Matt Johnson to host charity live music event at the Gate
Act One present: The Taming of the Shrew »