The SHO Gallery in Roath is a treasure trove of art, jewellery, magazines, and arty printed bags and tops, and always worth dropping into for a quick art fix (they host many different exhibitions during the year) or to pick up an unusual present or card.

A new exhibition, ‘Four by Six’ opens today, and as part of Made in Roath, the SHO and other independent shops on Inverness Place present ‘Inverness Groove’ – see below for details. 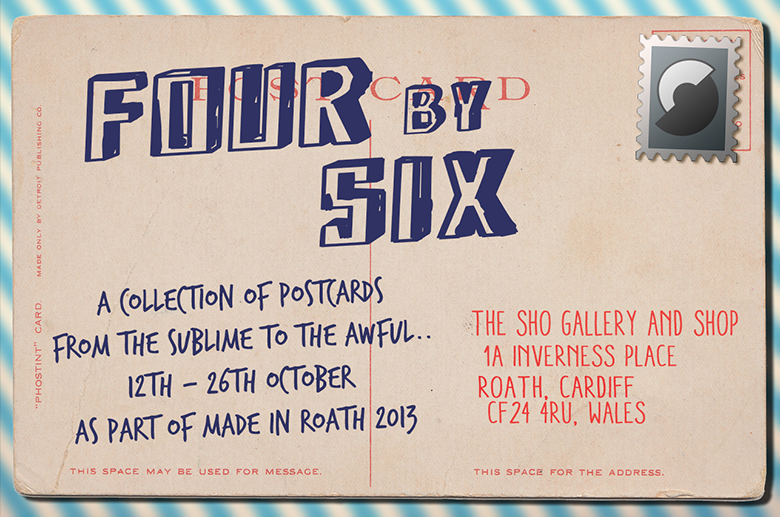 Postcard art from all over the world that has somehow ended up in Roath, will be on display to coincide with this year’s Made in Roath Arts festival. A contributed random collection of 4”x 6” sized artworks will be exhibited in the Upper Gallery; including received, designed by local artists or even just kept purely for entertainment /memory value such as a boring or tasteless vacation postcards.. so bad they are good!

‘Made in Roath’ art festival 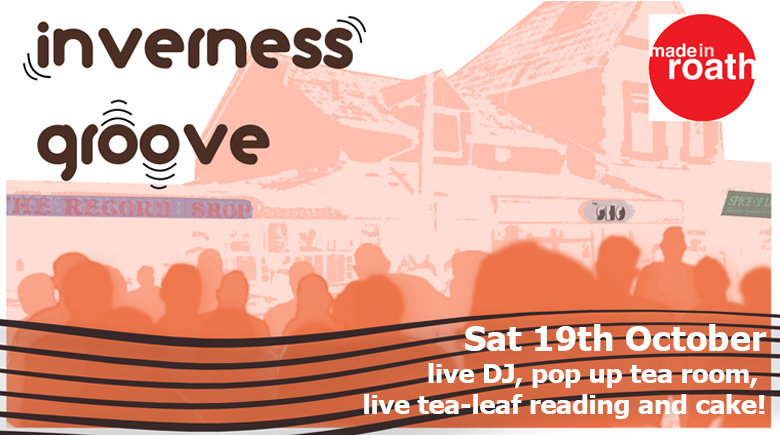 Also, as part of Made in Roath 2013 art festival activities, the trio of indie shops on Inverness Place, Roath will be hosting the Inverness Groove! A joint effort with our neighbours to create a fun day event offering tea, cake and music! As we first opened on a ‘Made in Roath’ weekend in 2010, to celebrate our 3rd Birthday we are having a pop-up tea Party including a tea-leaf reader! So, come join us for cake at the Spice of Life (‘Made in Cake’ – charity cake competition), a cuppa and your fortune told at The SHO plus live DJ performance at The Record Shop (from midday onwards) – all are welcome!