Summer party and fundraiser at The Gower 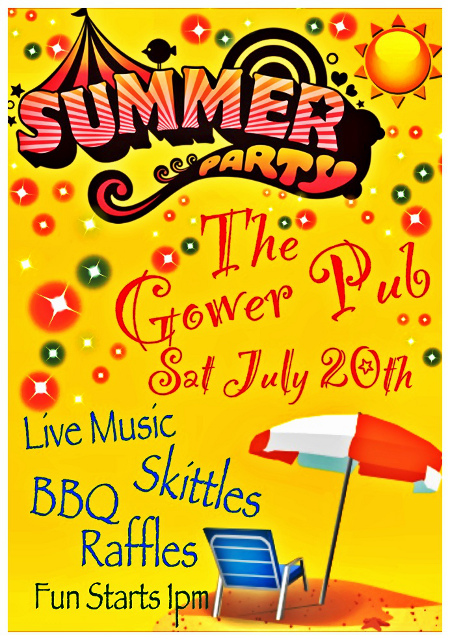 Wayne Courtney, Roath’s most tireless fundraiser, is hosting what sounds like a great summer party at The Gower pub on Saturday 20th July.  He tells us:

‘I’m throwing a summer party that will include live music, BBQ, skittle competitions (teams of 4 can join in on the day) plus we are turning the beer garden into a beach by having tonnes of sand brought into the garden! Calum Ross and The Scarlets, HoboBogweed and The Northumberland will be playing live.

All money raised I will be giving to the A6 Acute stroke unit UHW.

Entry is just £3 and the fun starts at 1pm, going on till late.’