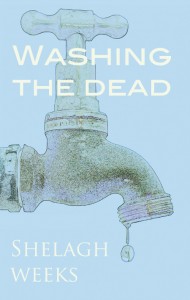 Local author Shelagh Weeks is to sign copies of her new book Washing the Dead and Other Stories at the Wellfield Bookshop on Saturday 6th April.

Shelagh has also written a novel, Up Close, published in 2009 by Welsh independent publisher Cinnamon Press.

Everyone is welcome at the bookshop from 2pm-3pm on Saturday.