Roath Cardiff > Posts > Roath News > Charity shops – what are they good for?

Charity shops – what are they good for?

Recently, we published news of a brand new charity shop opening in Roath.  You might be wondering why we thought this was news, since there are so many charity shops in the area already. 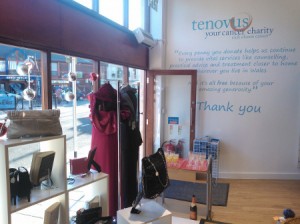 There’s no doubt that there has been an increase in the number of charity shops on high streets up and down the UK in the past few years, and there is almost a corresponding number of reasons why this has happened.  Some value the presence of such shops, and some rail against their existence.

Let’s look at the arguments.

On a positive note, charity shops not only provide reasonably priced nearly new items of clothing and other apparel (gone are the days that saw every last item donated put onto the shop floor for sale), but offer local employment and volunteering opportunities.  Some even offer the chance for volunteers to gain NVQs in retail and visual merchandising skills.

Due to the austere economic climate we are currently experiencing, many people are able to buy clothes, shoes and toys at an affordable price in charity shops, without breaking the bank.  They are also a great source of ‘vintage’ clothing, which is now an enduring and popular trend.  Take the popular shop Pre-Fab on Albany Road – specialising in good quality vintage clothing, they raise money for the YMCA, which runs hostels and supported housing in the Roath area.  I bet most people don’t even realise this is a charity shop.  Oxfam has pioneered the ‘boutique’ charity shop concept, and whilst we don’t have one in Roath (there are only nine in the UK), we do have one in Cardiff.

Charity shops are also a treasure trove for people wanting to be more sustainable, and the phrase ‘pre-loved’ has helped re-position second-hand clothing. The shops themselves are raising money for UK and international projects where people are in severe need (something often forgotten, in the arguments against charity shops) – and who, really, begrudges them this?  You or someone you know could well benefit from help from a charity at some point in your life.

However, what about the prices in charity shops?  Whilst still ‘reasonable’, and cheaper than buying brand new, prices seem to have increased, and in some instances, the shops have become more fussy about the donations they take.

Jess, a local resident, told me, ‘I recently took four bags of nearly new clothing, including hardly worn and good quality baby clothes, to several charity shops, and at each was told that I would not only have to sort out the items into categories, but also that the shops no longer took various items.  I wanted to donate to charity, and for me, the convenience of being able to drop the clothes off at a shop, was important, as I am a busy mum.  I ended up taking the clothes to a business on Newport Road, where they were weighed, and I got £12 for them.  It was so not about the money, but making a donation, and I was disappointed.’ 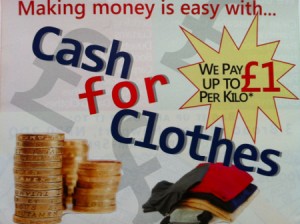 This experience contrasts starkly with the reported drop in donations to charity shops, and urgent appeals by the charities for more unwanted items.  One reason for this that has been suggested, is that more people are selling their clothes on sites such as e-Bay, as they need the money themselves, but clearly that is not everyone’s motivation.

Many people complain about the business rate relief of 80% that charity shops are eligible for, maintaining that it would be better for small businesses and start-ups to be offered this rate to regenerate the high street.  But again, in these difficult economic times, how many small businesses are prepared to risk opening a shop, with its attendant running costs?  Many, unfortunately, fail in their first year.

There is a legion of empty shops on high streets all over Wales and the whole of the UK.  Whilst there have been some very successful initiatives and projects to encourage bringing them back into use, these are usually run by volunteer groups, and require commitment, time, and sometimes money – which not everyone is prepared to sign up for. 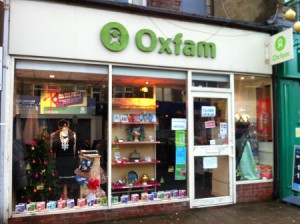 Right now, the Welsh Assembly is considering reducing the business rate relief for charity shops to 50%, which is causing concern for Welsh charities.  Consultation on the proposals, which also include an option to offer business rate relief for only one charity shop per area, ended last week. The Charity Retail Association has been campaigning hard to influence AMs to prevent this move, which they say, ‘would have a disastrous impact on [the] vital services charities provide in Wales’.

It’s clear there are many conflicting issues surrounding the rise and rise of the UK charity shop, some of which you might not have been aware of.  Should they continue to be subsidised?  Should they make way for private businesses? Are they still offering value for money?  And where does your money go?