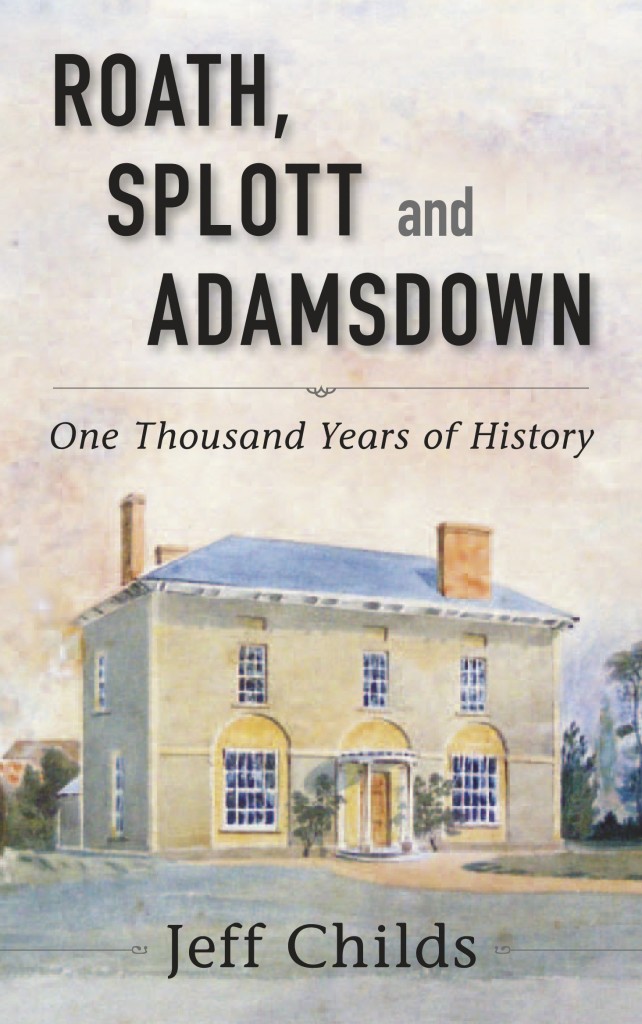 A new book, Roath, Splott and Adamsdown, One Thousand Years of History, was published in August, and RoathCardiff interviewed its author, Jeff Childs, about the book, his background and his connection with our lovely part of Cardiff. This is part one in a series of posts from that interview.

Originally from Pontardawe in the Swansea valley, Jeff has lived in Cardiff for more than 36 years. He grew up with the knowledge that his ancestors had lived in the Roath area, and throughout school and then university, he pursued history as his favourite subject.

“After graduating from Manchester University with a history degree, I came to work in Cardiff in 1976, and began to study an extra mural course in local history at Cardiff University, when it first became available in 1977. I did a diploma in the subject and, when the University launched an MA in local history six years later, I was one of the first to sign up,” he told us.

“I was one of the earliest members of the Roath Local History Society, which was set up in 1978, and for a number of years a small group met weekly at Albany Primary School to produce project work about the area using primary source material – much of it obtained from Cardiff Central Library, which holds a huge store of historical documents about the whole city. I served for some time as Secretary and Project Leader for the Society, and then I became Chair in 1992,” he said.

By this time, the group had about 25 members, and so much work had been completed, that the source materials were running out, meaning the project work (published in the Roath Local History Project Newsletter, 1979-91) came to a conclusion, although all the results have been kept. The Society began to meet monthly, and to run historical day trips.

“In early 1995, Chalford Publishing contacted me to ask if I would prepare a book of photographs of the Roath, Adamsdown and Splott area, which I did with other members of the Roath Local History Society. I edited, and wrote all the text for, the book, which was published later in 1995. It was fortunate that the commissioning editor lived in Cathays, even though the publisher was based in Stroud, which contributed to its swift journey from commission to publication,” he said. The book is still in print, after several reprints, and remains a fascinating pictorial history of the area.

Jeff’s publisher – now The History Press – had wanted him to write a follow up book in a more narrative style for some years, but due to work commitments and local history research Jeff was undertaking for another book about Pontardawe, this wasn’t possible until very recently.

“Much of the historical knowledge for the new book had been researched with the Roath Local History Society, but I’ve spent an additional two years sorting out and updating the information. I knew from the outset which subject areas he wanted to include, and several of these hadn’t yet been researched, so that meant further work at Cardiff Central Library.

“One of the most important of these new areas was a history of the trades and industries that developed in Roath, Splott and Adamsdown, and the increase in their scale and rapidity, as the city expanded during the boom years of coal trading in the 19th century.

“In the intervening years, a lot more source information had become available – for example more recent census returns – and I’ve also incorporated new sections on both the political, and very recent, history of the area – which was more of a challenge, since the area is still changing at a rapid pace,” he told us.

As well as census information, Jeff consulted trade directories and other newly available materials at the Central Library. A new section on political history from the late nineteenth century until the present day has also been thoroughly researched, mainly using newspaper archives and Council Minutes as source material.

Jeff has written the book to be a detailed and serious study of the area, but it is written in an accessible style and us good read for anyone interested in local history.

Jeff Childs is appearing this weekend as part of Made in Roath 2012: