The Cooper365 Project for Made in Roath

Ardie Collins talks about his Cooper365 Project and how he’s feeling about this weekend’s Made in Roath festival, where he will both write and perform new songs born out of the weekend:

This has been a year that required some serious commitment from the off.  For some reason I decided that it would be a good idea to release one song a day throughout 2011, and I am now in my 10th month of doing so.  In the early days it would’ve been a shame to give up, but I would’ve perhaps been able to accept it, but now I am fast approaching 300 days of songwriting, and I cannot give up now. That’d be terrible. 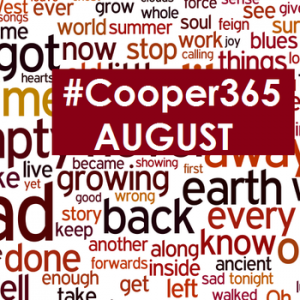 I started recording a song here or there about 5 years ago and went under the name ‘Cooper’ so that the music could be online without anyone being able to find me in connection to it.  I was embarrassed more than anything, performing just isn’t my bag.  However, a lot has changed this year, I’ve plunged headlong into the idea of making music and putting it out there and letting people hear it, and know that it was me who made it.  It’s not the normal musical process; I don’t get to pick and choose which songs get heard, because everything I’m writing is put out there for people to listen to.  The whole process is there for everyone to see.  I still use the name Cooper for ease, but not to hide behind any more. 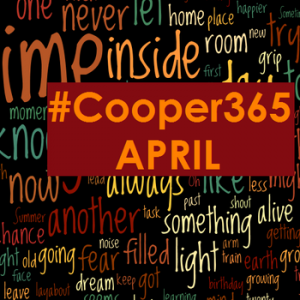 My involvement in Made In Roath is something I’d never have dreamt of agreeing to a year ago, it will be my first proper gig on Sunday and I am, needless to say, a little nervous.  More so because I haven’t even written the songs that I’ll be performing yet as it will be the ones I write over the weekend that I’ll be performing.  I haven’t done anything by halves so far this year, so this weekend shouldn’t be any different, I suppose.

I am inviting anyone and everyone to join in both the songwriting and performing of the weekend’s songs.  I have a few different styles of songs, but I often flock towards simple folky type of stuff, so if you’re involved in the ukulele workshop then you’ll be a perfect candidate to join in, we’ll write some simple, jangly folk together. It’ll be fun!