In the next in our series on Heritage Open Days in Roath, Jessica Best reports on her second visit of the weekend.

The second Roath landmark I visited during my Open Doors tour was St Peter’s RC Church. 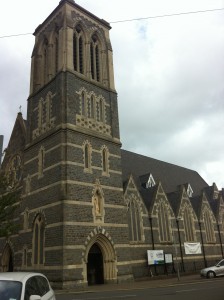 This imposing 19th century building dominates St Peter Street, with a bright banner outside proudly announcing that the church is this year celebrating its 150th anniversary.

Ministered by the Rosminian Order of Priests, the first public mass was held there on September 21 1861.

In 2011, Bristol architect Charles Hanson’s building still takes your breath away as you walk through its main doors.

The wide nave leads up to the altar, with light streaming through the stained glass windows installed at the turn of the century. 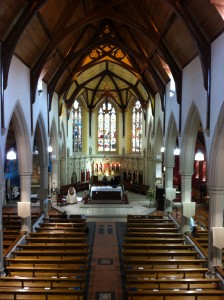 The church is a beautifully bright and colourful place of worship, but the church staff tell me it has not always been this way.

During the 1960s – a time when the Vatican was against ostentation in its buildings – the church would have been very plain, with many of the original and decorative Victorian details painted over to an austere cream.

But in the 1990s many areas of the church were restored to what they would have been like before, and particularly striking today are the Lady and Sacred Heart Chapels in bright blues and rich reds. 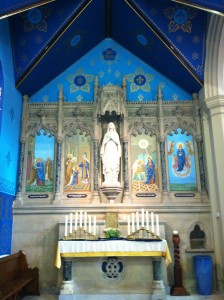 As well as the internal renovation of the 90s, the exterior of the church also underwent a substantial renovation in 2000 – something its congregation had to raise the cash for themselves.

But the church still displays many items connecting it to its 150 years history.

Robes on display in the Pieta Chapel show how Rosminian priests preaching there would have been decked out in the 1960s, while those in the Sacred Heart chapel show designs from the turn of the 20th century. 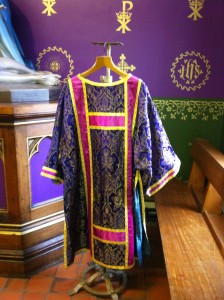 There is also a relic of Antonio Rosmini-Serbati – the Italian founder of the church’s Rosminian Order.

Look towards the back of the church and you get a fantastic view of its pride and joy – the Sir Julian Hodge Memorial Organ.

Donated to the church in 2006 by the Hodge Foundation, it was built by Orgelbau Spath of Rapperswil in Switzerland.

The craftsmen who created the instrument came to Cardiff for two weeks to build it in situ – including a specially sprung and reinforced oak balcony – at a cost of £346,000. 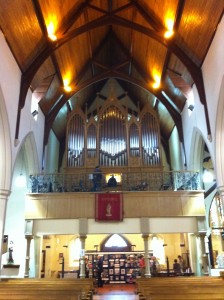 The organist playing tells me that the new state-of-the-art instrument has an internal computer which can pre-set its “stops” for different pieces, bringing this historic church right into the 21st century.

To find out more visit stpeters-roath.co.uk

« Likes: ‘Inkspot Arts and Crafts’
The Cooper365 Project for Made in Roath »