I have walked past The Mansion House on Richmond Road a hundred times. 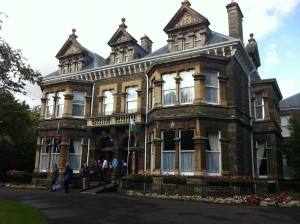 I  knew it was the mayor’s official residence, but the electronic gates and security system stopped me pressing for a closer look at this grand 19th century town house.

As part of the Open Days project last month, Cardiff Council’s protocol department was offering guided tours of the Mansion House and I was delighted to find it was a treasure trove.

The Mansion House was built in 1896 for James Howell and his family, and when he died in 1907, it was acquired by Cardiff Council.

It was first used as a mayor’s residence in 1913, and for more than 80 years each lord mayor of Cardiff lived in the house with his family and staff during his year in office.

But in 1999, this arrangement was stopped. The house needed too much work, and the cost of a live-in staff had become too high.

But the Mansion House has remained the lord mayor’s official residence, used for his official business and entertaining.

But perhaps more interesting than the house’s history is the huge range of artefacts within it, many with surprising backgrounds.

My guide explained how a lot of these have never been catalogued.

In the drawing room, a gold key sitting on a sideboard is the official key used to mark the house becoming the mayor’s official residence in 1913. 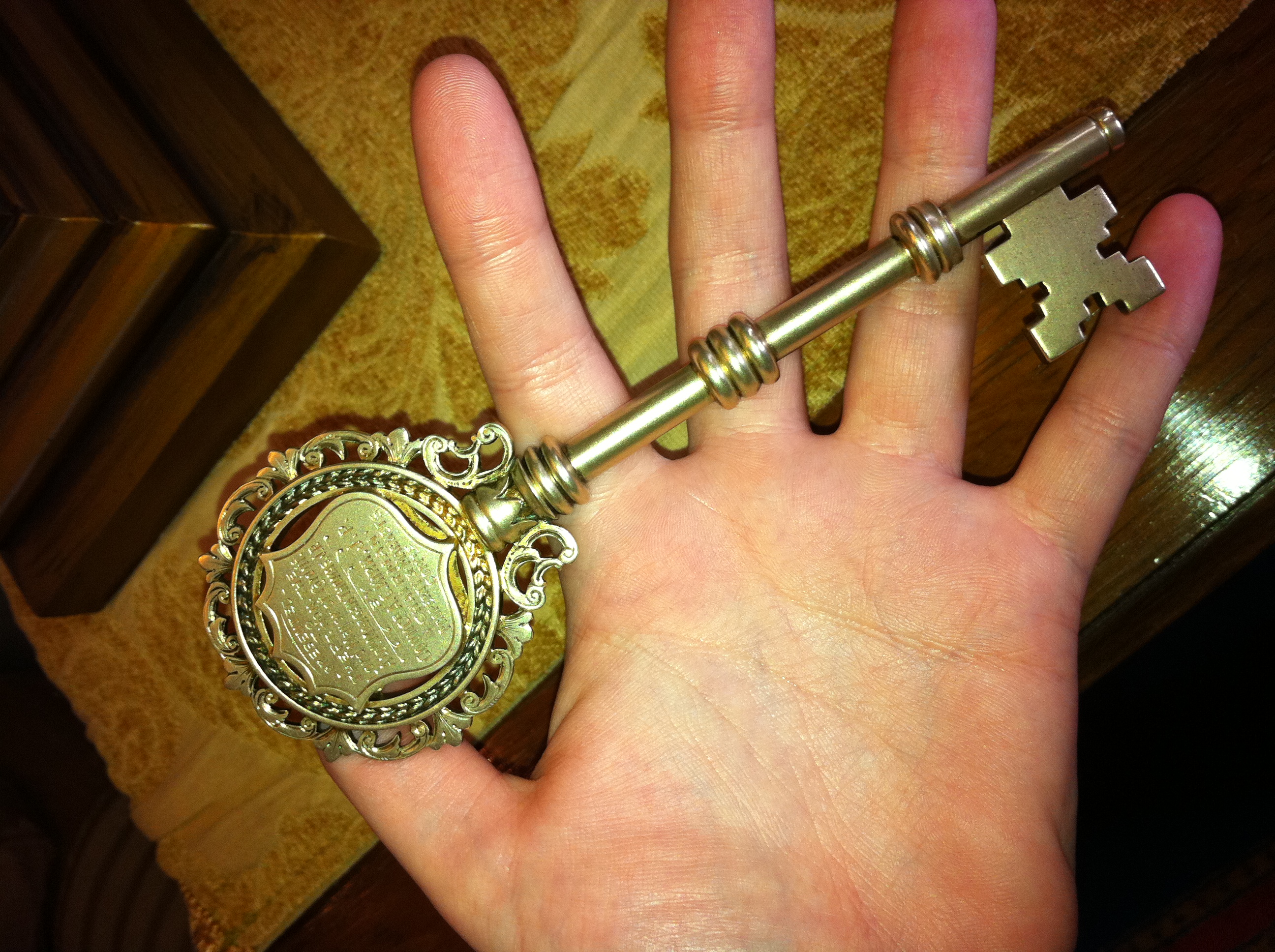 But for years it was forgotten about until it turned up in a box in a City Hall attic.

A mosaic plaque on the wall showing bathing doves is one of a pair – the other is in the Vatican.

In the wide entrance hall – which was designed with a double doorway so that the house could be split in two if the owner wished – the mayoral regalia is on show.

This includes the civic sword, used once a year at the mayor making ceremony.

There are also the four maces – two dating from the reign of Charles I, the others from the time of William and Mary. 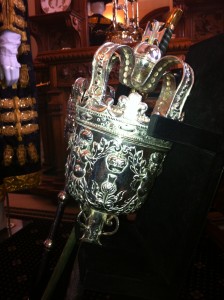 One of 4 maces that make up the mayoral regalia

Above the hallway’s sweeping staircase and in the doors are glass windows etched with a fuchsia design. Manufactured on site when the building was constructed, they are “irreplaceable”.

This is demonstrated by the two panels of clear glass above the main door. The matching originals were shattered during World War II.

In the dining room, which seats 30, our guide tells us it is impossible to get any of the furniture out as the pieces were all assembled in the room.

Curiosities in this room include the Bute loving cup – commissioned by the Marquess of Bute in 1891 at the end of his year in office.

The Marquess was the first man to sign a cheque for £1 million, and this beautiful cup shows off his wealth. It is encrusted with diamonds, emeralds and rubies. 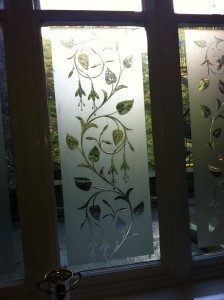 Irreplaceable etched glass on the stairway, with fuchsia design

The ceremony room at the back of the house is still used for weddings, British citizenship ceremonies, and extra dining space if the mayor is entertaining.

Upstairs, many of the rooms have been shifted from their original positions following a revamp, with the morning room now on the wrong side of the house.

But they are still used to cater for visiting dignitaries, with the Indian High Commissioner –  who was in town in September for the cricket – leaving just hours before the Open Day tours started.

The Mansion House is also open for hire. For more information visit www.mansionhousecardiff.com

The Roath Local History Society have announced their Winter programme for 2016/17. With lots of...

Written for RoathCardiff.net by David Lloyd. Given the state of its fast deteriorating structure, I...